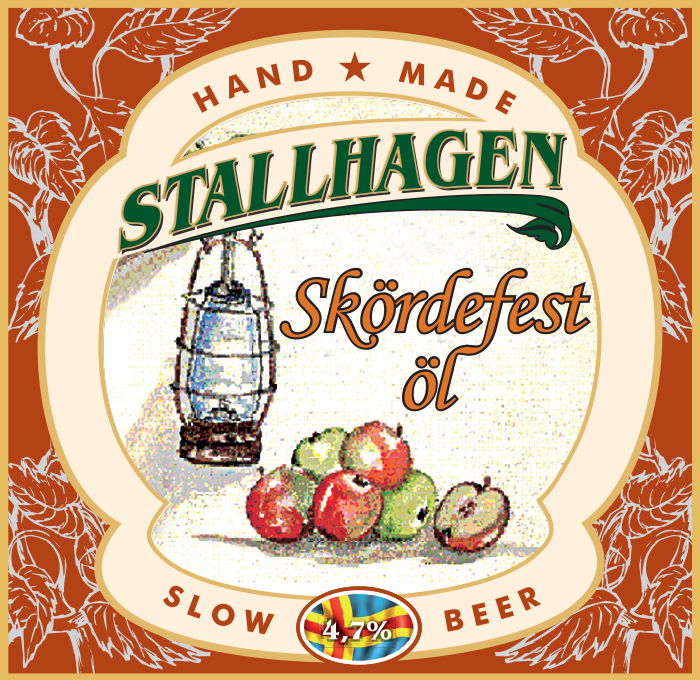 The modern Åland Harvest Festival (Skördefest), celebrated in mid-September, has long been one of the province’s biggest popular attractions. In days gone by, everyone would spend this weekend visiting and holding celebrations before the onset of the dark and forbidding winter. Everyone tried to show what they could produce and achieve, which meant that Harvest Festival gastronomic offerings were always the best of the best.

The same applies to Stallhagen’s Harvest Festival beer which has been created to celebrate the abundance of the harvest.

Stallhagen Skördefest is a recurring seasonal beer brewed every year in August to September in time for the Harvest Festival. Stallhagen Harvest Festival is a dark lager with tones of dried fruits and a clear residual sweetness resembling toffee. Stallhagen Skördefest is a slightly heavier but rounded medium-strength beer with less hop bitterness and a delightfully grassy aroma. The aroma is clearly of malt and caramel.