Raise your glass for the Baltic Sea 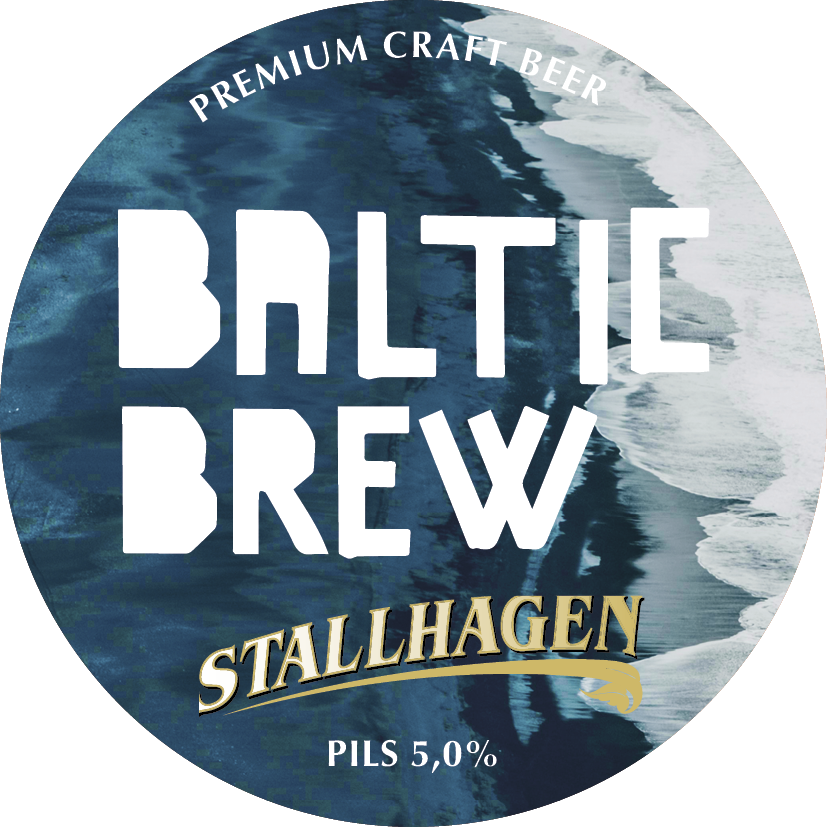 Stallhagen Baltic Brew is a crispy, dry pilsner brewed with one percent desalinated water from the Baltic Sea. Why one percent? Well, even though 70% of the planet’s surface is covered with water, only one percent of that water is easily accessible fresh water.

Clean water is not to be taken for granted, and those of us living around the Baltic Sea are all too aware of that. We at Stallhagen live, work in and brew craft beer on Åland, an island in the middle of the sea. We can’t close our eyes to the serious situation. With Stallhagen Baltic Brew we are supporting the Baltic Sea Action Group and their important work to save our sea.

Raise your glass for the Baltic Sea!

No water – no beer

Water circulates in an eternal cycle. It falls to the ground, gets filtered through the soil and bedrock, accumulates in the sea and lakes, evaporates in the warm sun, becomes clouds and eventually falls down to the ground again.

All water is ultimately the same water. The drinking water in our lakes and the sea around us are all affected by the same external factors. A beer consists of roughly 95 percent water. When the water is bad, it becomes more difficult for us to brew really good beer, and that’s a situation we don’t want. The Baltic Sea Action Group is working to restore the quality of the water and the ecological balance in the Baltic Sea.

Biodiversity is declining in the world, not least in the Baltic Sea. Key species, such as bladderwrack, mussels and eelgrass are under threat by eutrophication and climate change, which has an effect on the entire underwater environment.

The Baltic Sea Action Group is working to protect more valuable habitats, provide information about the importance of marine biodiversity and show how individuals can also participate in protecting the marine environment.

If we operate in a smart way, instead of burdening the sea and contributing to climate change, agriculture can help to reduce the problems.

Via the platform Carbon Action, the Baltic Sea Action Group is bringing together farmers, researchers and companies who are currently jointly developing solutions to facilitate a regenerative agriculture with carbon storage.

The Baltic Sea is one of the world’s most trafficked seas. Thousands of tonnes of greywater and food waste are dumped overboard from ships into the sea every year, contributing to eutrophication.

The Baltic Sea Action Group is co-operating with the shipping industry to encourage the emptying of sewage tanks in port, where the water can be purified.

WE WANT TO HELP DO ALL OF THIS. THIS IS WHY WE HAVE MADE STALLHAGEN BALTIC BREW.

Stallhagen Baltic Brew is a crispy, clean and dry pilsner, with a refreshing bitterness. High quality classic, Czech Saaz hops imbues the flavour with elegant, flowery undertones. A straw-yellow, clear lager that goes down easily to enjoy in good company.

Baltic Brew honours one of the most popular types of beer in the world–the Bohemian pilsner. Only beer made in Pilsen, the Bohemian capital of the Czech Republic, can be called “pilsner” in Swedish. Out of respect for this, we call other beers of the same type “pils.”

Saving the Baltic Sea requires a coordinated effort between people and countries. Stallhagen Baltic Brew involves participants from Sweden, Finland and Åland, who together want to contribute to a healthier sea.

Stallhagen Baltic Brew began as an idea at Forsbergs Skola, a school located in Stockholm. Daniel Talcoth, Carl Almquist and Herman Wistrand were studying advertising together at the school. When they were assigned a school project to come up with a green product intended to help the environment, they hit upon the idea of brewing a beer which would highlight the critical situation in the Baltic Sea. The idea was that a large portion of sales go to an organization that is working to preserve our sea. With the help of Stallhagen and BSAG, they developed the idea of Baltic Brew – a beer brewed with a hint of desalinated water from the Baltic Sea. And a sick sea could become a little bit healthier.

Baltic Sea Action Group (BSAG) is an independent foundation that was founded in 2008, with the objective of restoring the ecological balance in the Baltic Sea by pooling resources from authorities, the private and third sectors. Currently the focus is on three areas: regenerative agriculture, protecting the marine biodiversity and reducing waste from ship traffic.

BSAG is located in Helsinki and its operations cover the entire Baltic Sea region.