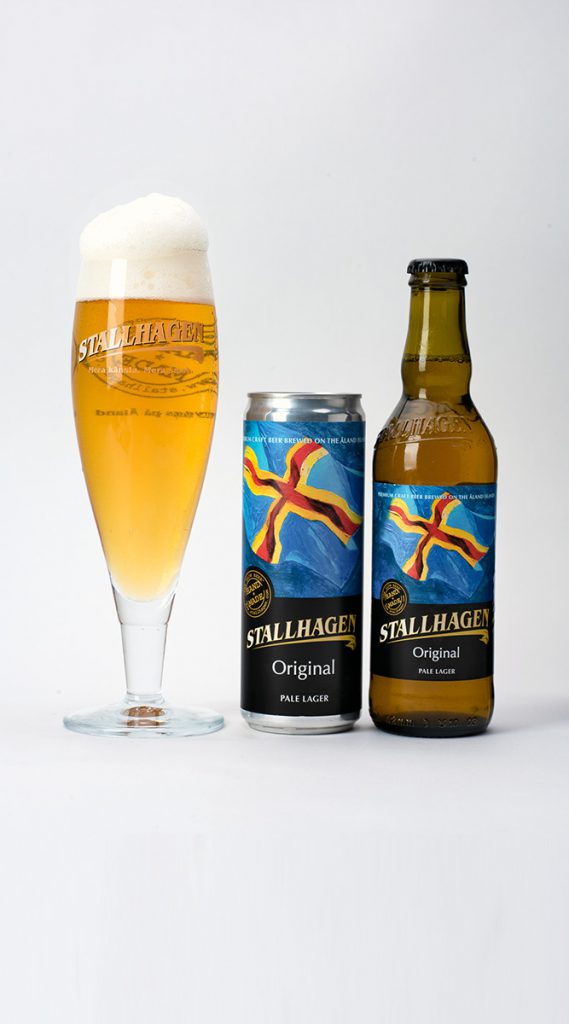 Stallhagen Original is also known as the Aland Beer.
The bottle bears the unmistakable Aland flag on its label. Aland’s first flag was designed for the great Song Festival at Mariehamn in 1922, but was later forbidden by the Finnish authorities. In protest, Speaker Julius Sundblom had his flagstaff sawn off to a foot above ground level.

Only with the new Autonomy Act of 1952 did Åland regain a right to its own flag. After a long debate and several votes, the Åland Parliament was finally able to announce, on 9 December 1953, that the familiar blue flag with yellow and red cross had won the day.

Stallhagen Original is a clear, straw-yellow Nordic lager. A bottom-fermented beer as the Nordic peoples like it. Stallhagen Original is a strong-flavoured, malty, fresh, medium-strength beer. The head is white and lacy. The flavour is dry.  The hop bitterness is well-balanced and rounded with a mild fragrance of hops and malt, while it has a clear aroma of grass and flowers

Stallhagen Original is very drinkable and has outstanding freshness. It leaves a pleasant, very short and slightly fruity aftertaste, with hops and fresh white toast at the finish.

Suggested food pairings
An excellent thirst-quencher and an all-round beer for serving with most foods, but especially grilled fish and roast chicken.
Serving-
temperature
8-10 °C