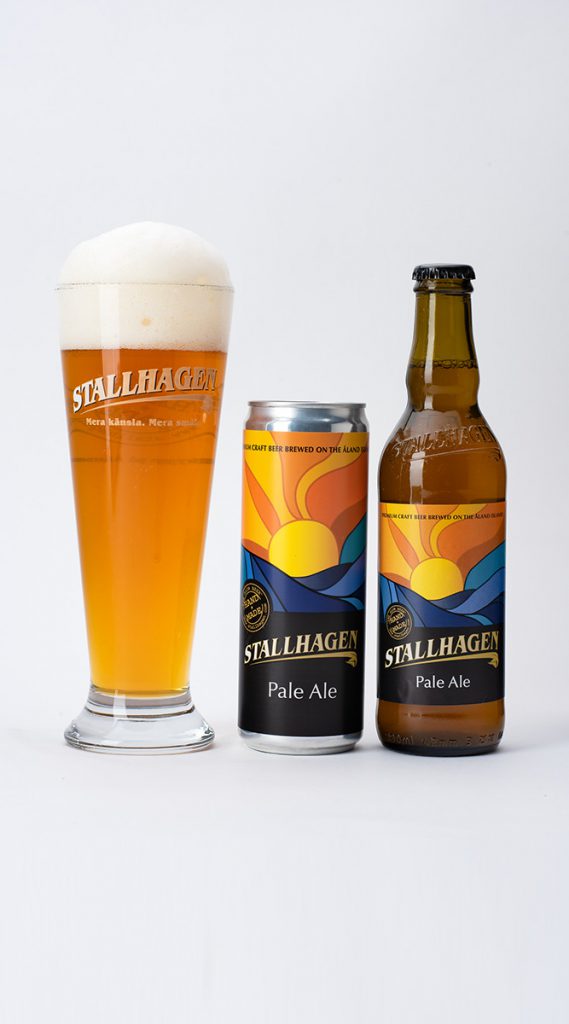 Stallhagen Pale Ale is a golden and fruity top-fermented beer with floral aroma. Stallhagen Pale Ale’s classical style resembles American pale ales, or APA’s, which were developed in the USA and became popular in early 80’s. This style is a tasty adaptation of the original 18th century English pale ale beers that had considerable bitterness but less alcohol. Even today, patrons in English pubs will call for a “bitter”, when they want a pint of refreshing pale ale.

In America wintertime brings strong pale ale beers on to the market; with their robust flavor and higher alcohol content they are said to effectively keep winter chills at bay. As a local beer enthusiast describes it: “Pale Ale is like a soft, warm, comfortable blanket – it just tastes better ….”

Like its American cousins, the deep golden yellow Stallhagen Pale Ale is a fresh, aromatic, malty and medium-bodied strong beer with generous amount of aroma-hops. Delightfully floral and fruity aroma. The head is dense and has a mother-of-pearl color. Taste gives impressions of apple and caramel with hints of citrus fruits in the finish.