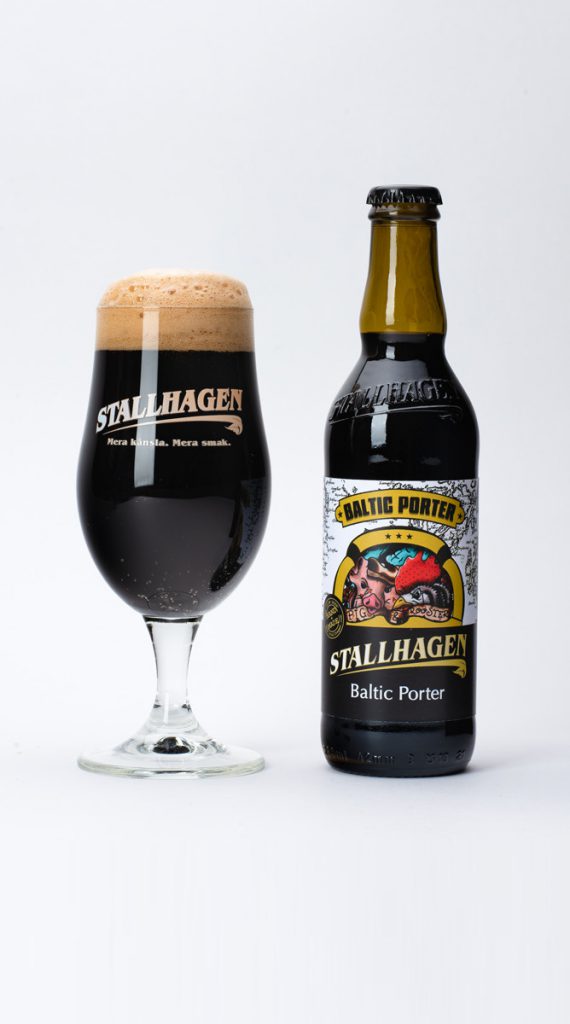 Stallhagen Baltic Porter is hand-made according to old traditional methods common in the Baltic in the early 19th century. Baltic Porter has been brewed round the Baltic since the days of the Russian czars. The high alcohol content characteristic of this type of beer warmed and sustained the sailors during storms at sea.
Stallhagen Baltic Porter is a bottom-fermented lager, unlike the English porters. Stallhagen Baltic Porter is a thick, full-bodied beer with distinct burnt tones of malt and nuts and a slight smokiness in the aftertaste. The aroma is slightly mineral and the hop bitterness rounded and pleasant. Brewmaster Ekholm has developed a malt mixture, roasted at the brewery, which gives the beer a nutty full-bodied flavour and an almost liquorice colour. The flavour is further deepened during the storage period of up to eight weeks and continues in the bottle. The strong, slightly smoky aroma of this porter will alert any beer connoisseur to a unique taste experience. Baltic Porter is unfiltered and tastes excellent freshly bottled, but stored in a cool, shielded place, it will continue to develop its flavour in the bottle.
For every single brew, “Matte” Ekholm smokes the malt by hand – Baltic Porter is a real craft beer.

Suggested food pairings
Baltic Porter is a self-indulgence beer which consorts with mature sophisticated cheeses such as Stilton, Roquefort and well matured Old Gouda. Chocolate is a particularly well-suited partner. Try it with chocolate pie and raspberries!
Serving-
temperature
We recommend a somewhat warmer serving temperature for this porter, in order to bring out the best of its flavour.