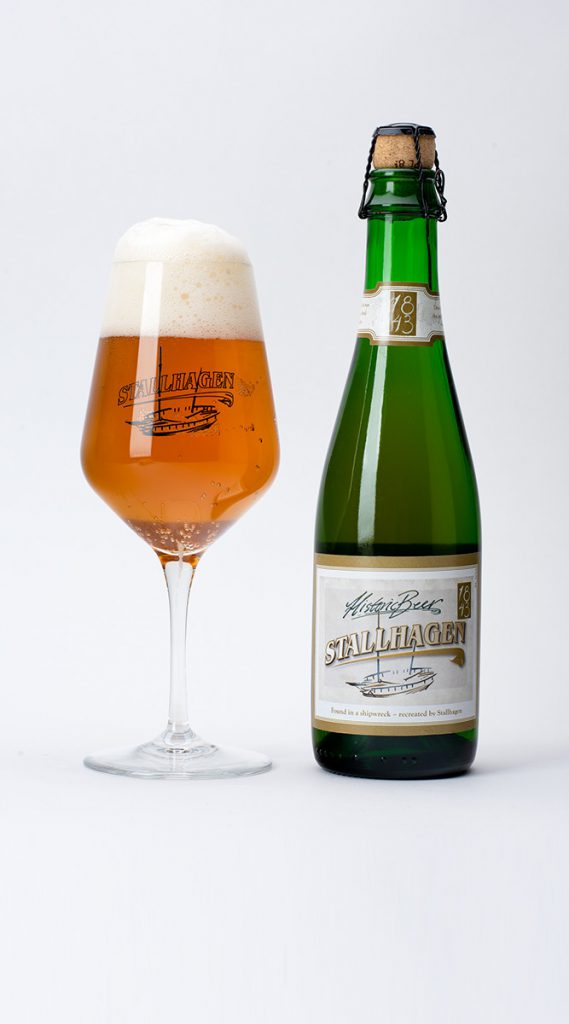 Stallhagen Historic Beer 1843 is an authentic replica of one of the world’s oldest preserved beers. In the summer 2010 divers salvaged beer and champagne bottles from the 1840s in an old shipwreck in the Åland archipelago. Based on extensive scientific analysis Stallhagen has succeeded in recreating the historical recipe and produced a fresh version of the 170 year old beer.

Stallhagen 1843 is a spontaneously fermented beer using a unique composition of malt, wheat and micro-organisms not normally found in beers today. Today’s pure cultured yeast stocks didn’t exist at that time. Beer was produced using local wild yeast strains, each of which became specific to the brewers in the area. The beer is golden yellow and has almost none of the typical bitterness or hops aroma. The role of hops in breweries in the 1800s was not as important as it is in modern beer production.

1843 has champagne like soft bubbles and the beer’s taste profile is closer to wine than to beer; it has a distinct freshness and fruitiness together with a subtle spiciness. Mouth feel is light yet its structure clearly defined. Aroma is fresh and acidic with flowery notes of fruit. The crown is white and lacey.

Suggested food pairings
An elegant aperitif. Excellent companion to white fishes, roe, crayfish, mussels and other shellfish. Baked desserts, fruitcakes, especially apple tart. This beer is at its best when served in a wine or champagne glass.
Serving-
temperature
8–12 °C