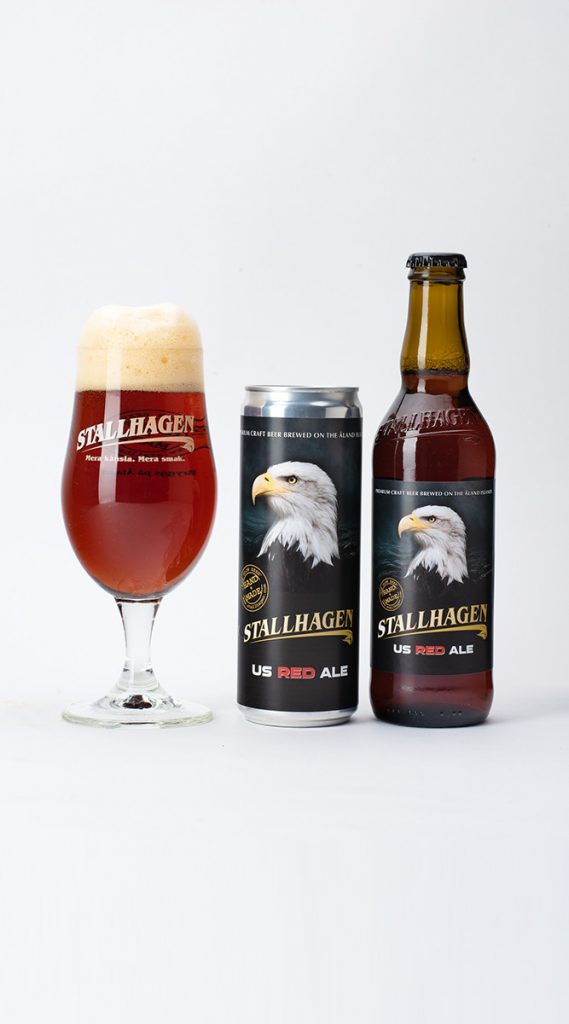 Before prohibition Red Ale was a popular variation of the Irish Amber ale in America. This tasty top fermented beer was made with home grown malt and hops in local breweries, especially on the west coast. After the prohibition small breweries disappeared as beer making was taken over by large industrial breweries, which resulted in a narrower selection. Changes to the US alcohol laws in the 1970´s led to a surge of microbreweries – which is considered the beginning of today’s fast spreading craft beer movement all over the world.

Brewmaster Mats Ekholm got inspired by the Åland Islands red granite bedrock to create his own red ale in the true American craft beer tradition and style – hence the US Red Ale. Stallhagen US Red Ale is a full-flavour, copper red topfermented beer. Aroma carries a recognizable citrus tone and a touch of pine resin. Medium-bodied, with toasty malt in perfect balance with hops. In the taste dried fruit and nuts along the brisk and clear cut hop bitterness. The creamy, toffee-coloured head protects the aromas and leaves a nice lacing on the glass. A beer for aficionados!